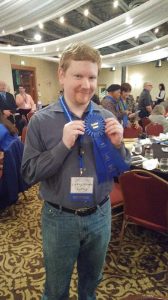 Lindsay Schopfer is the award-winning author of four novels and two collections of short stories. His steampunk-flavored fantasy series, The Adventures of Keltin Moore, received an OZMA Award from the Chanticleer International Book Awards. Lindsay’s short fiction has received honorable mention in the Pacific Northwest Writers Association’s Literary Contest and has appeared in a variety of anthologies and online periodicals. His nonfiction includes a series of articles for ParentMap Magazine on his experiences as a first-time father of twin girls.

After receiving honorable mention in the PNWA Literary Contest, he served as their chair of Science Fiction and Fantasy for several years. Lindsay was also one of the first volunteer mentors for Educurious, a Gates Foundation-funded program designed to connect high school students with professional writers. Lindsay’s workshops and master classes on the craft of writing are top-rated in writing conferences across the Pacific Northwest. Currently, he teaches creative writing for South Puget Sound Community College, and is an active member of the Northwest Editors Guild.

Lindsay lives with his wife and three daughters in the Pacific Northwest, and is a devout member of the Church of Jesus Christ of Latter-Day Saints. Lindsay enjoys tabletop and video games, playing guitar, meditation, mixed-martial arts, and learning American Sign Language.