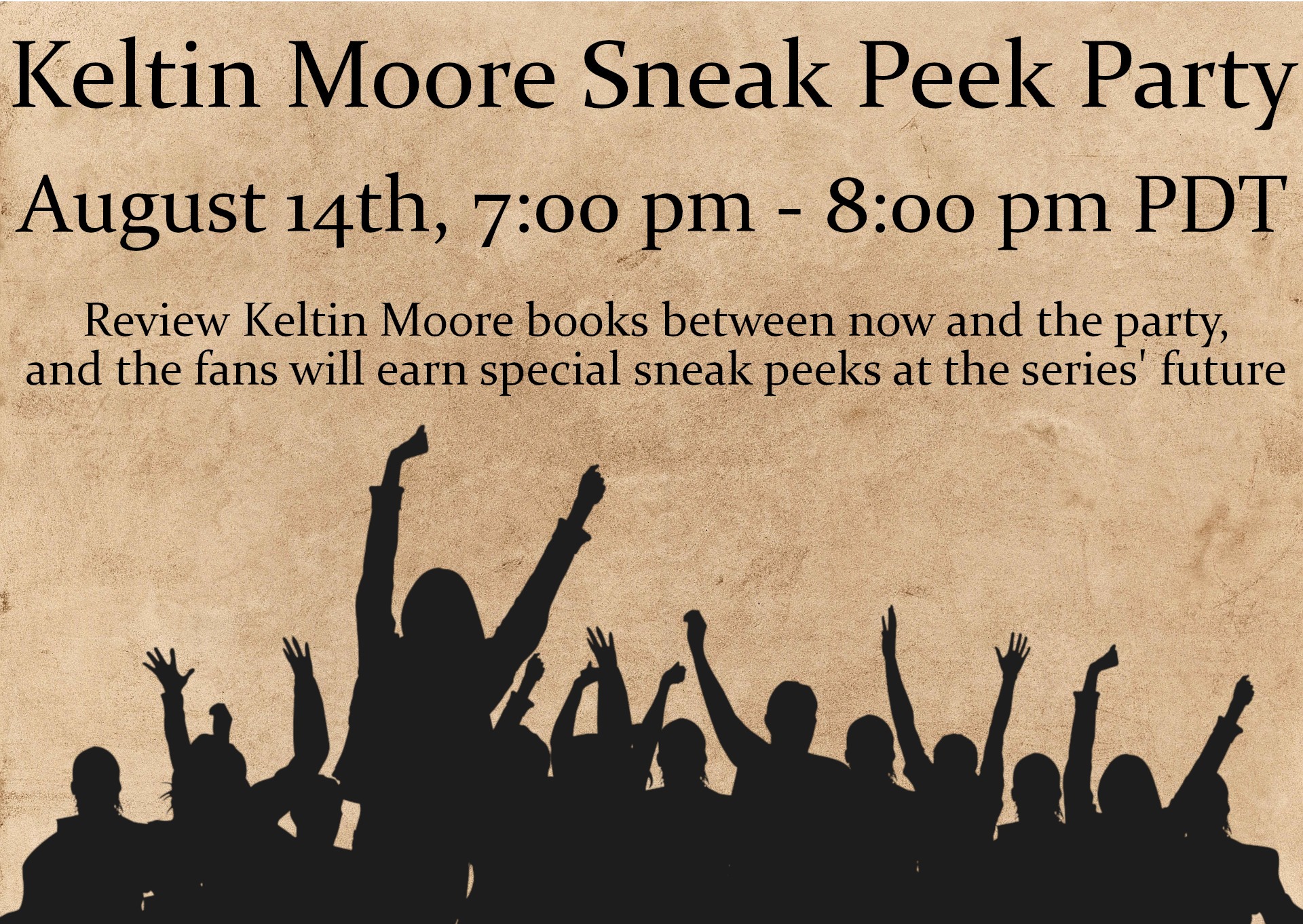 I’m offering a group reward to my fans to help me build up my reviews of The Adventures of Keltin Moore. Honest reviews on Amazon are critical to an author’s success, so to encourage my fans to let others know what they think, good or bad, I’m offering the following challenge.

Once we’ve met a goal, I’ll reveal the associated prize in a live video at an online party hosted by the Fans of Lindsay Schopfer Facebook Group on August 14 at 7pm PDT.

Here are the goals and prizes available:

At least 5 new reviews –  I’ll reveal a special sneak peek at the plot of book four in the Adventures of Keltin Moore.

At least 10 new reviews –  I’ll give a first look at some of the new specialty ammunition Keltin will be acquiring in book 4.

At least 15 new reviews –  I’ll reveal a special sneak peek at the plot of book five in the Adventures of Keltin Moore.

At least 20 new reviews – I’ll provide some insight into one of the most asked questions about the series. A sneak peek into the future of Keltin and Elaine’s relationship.

So get reviewing, Schopfer fans. I believe in you!

Note: While it is in no way required, Amazon does give priority to reviews that have a verified purchase associated with them.