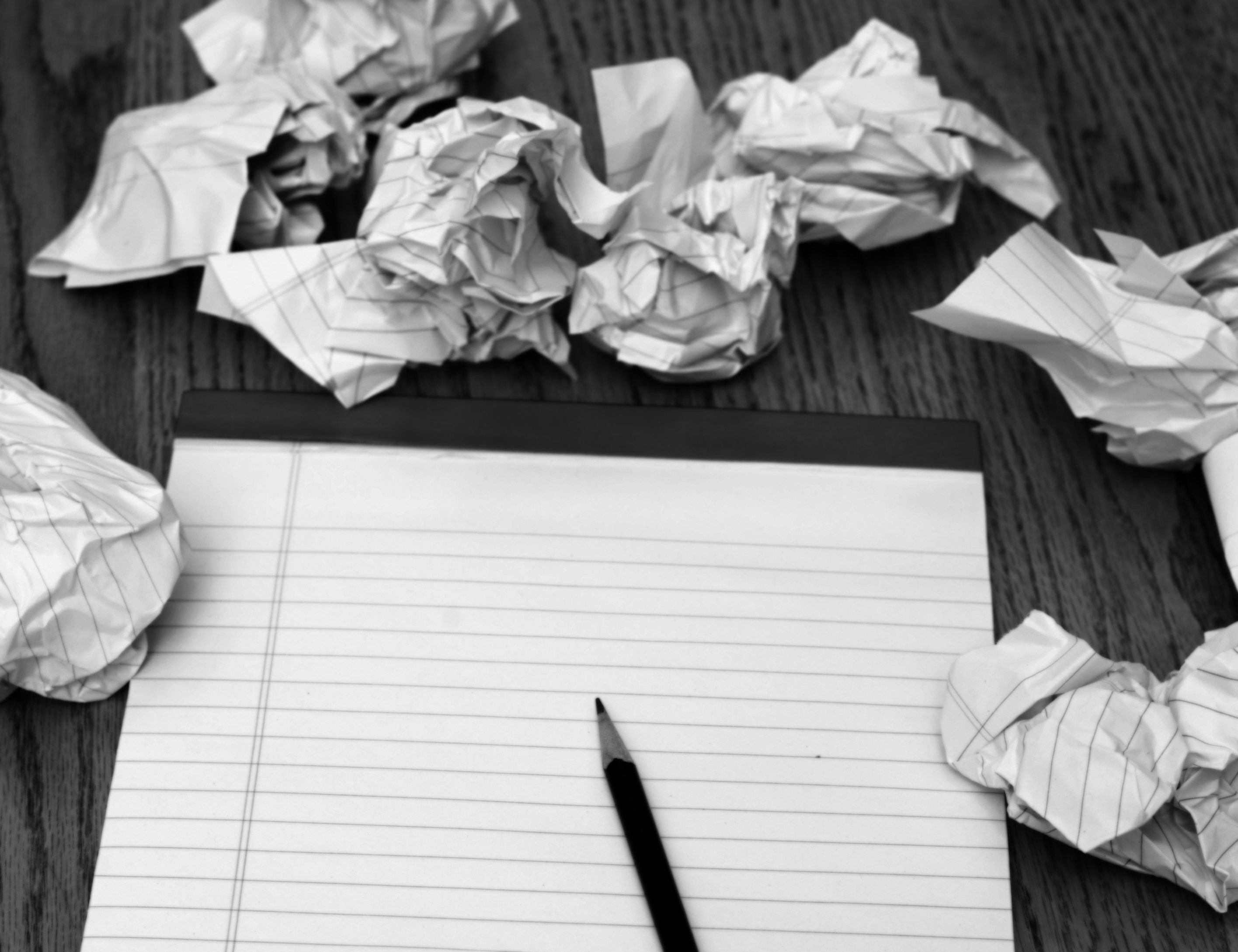 It doesn’t matter if you’re a best-selling author or a first-time writer. Sooner or later, every storyteller will find themselves staring at their computer screen (or notebook) without a single story idea. Here are some ways to break down those mental barriers and get back to the craft of creation that you love.

We’re often our own harshest critics. We feed ourselves all sorts of negative self-talk. “Your ideas aren’t any good.” “You are wasting your time.” Make a conscious effort to remove these bad messages and replace them with positive affirmations. “This is just a first draft. I’ll revise it later.” “I set aside this time to write, so that’s what I’ll do.” You might even try saying these affirmations out loud before you write to help train your brain for positivity.

When something is hard, it’s natural to want to take a break from it for a while. But rather than walking away from your writing to check out what’s on Netflix, try writing on a different project. It could be another novel, a short story or even a poem. This allows you to continue to exercise your creativity muscles while giving your brain a break from that project that is bothering you. Who knows? You may even find that your secondary project becomes your primary one!

Music helps with so many tasks that we do each day, it only makes sense to listen to tunes while writing. Just keep in mind that the wrong music can be a distraction and actually make it harder to get your work done. Try to pick songs that will inspire you without pulling your attention away from what you’re doing. Movie soundtracks work well for this, as do playlists based on songs that make you think of the scene you’re currently working on.

Sometimes, when it’s hard to decide where to take your story next, it helps to brainstorm all of the potential directions it could go in, however improbable or out-of-character they may be. Take some time to list anything that comes to mind without worrying if it makes any sense. “His hairbrush comes alive and tells him what to do next” could be one idea. “They all turn into weasels” would be another. Give yourself permission to be silly. By relaxing a little and having fun with the problem, it becomes less intimidating and stressful. Eventually, you’ll get the wiggles out of your system and will be able to start brainstorming some real options for what to do next in your story.

Sometimes a change of surroundings can reset the creativity batteries and bring fresh new ideas. If that’s not possible, try changing the tools you’re using. Whether it’s switching out a laptop for a pencil and paper or a tablet for a typewriter, many writers have found solid results by changing their preferred method of writing, even if it’s only temporary.

The human mind can be conditioned through stimulating a variety of senses, and one of the strongest is our sense of smell. After all, when was the last time you walked past an aromatic restaurant and suddenly realized you were hungry? Similarly, if you regularly introduce a particular scent into your writing space (stepping into a coffee shop, lighting a scented candle, etc.) you’ll eventually notice that you feel like writing just because there’s a certain fragrance in the air.

If you’re struggling to come up with ideas for your story, you may be suffering from a lack of background information. Ask yourself if learning more about some aspect of your story would help give you more material to work with. If nothing comes immediately to mind, pick something minor out of the scene that you’re currently stuck on, and research that. You may not get anything useful for that specific scene, but there’s a good chance that you’ll learn something new that could give you that creative spark to get things going again.

Some writers take pride in the fact that they can exercise their craft while still wearing the clothes they slept in the night before. But other artists feel the need to dress for success before the ideas start flowing. You may even consider having a “writing hat” or similar article of clothing that you always wear while working. This has the double benefit of establishing another level of conditioning to train your brain on when it’s time to write, while also sending a visible signal to those around you that you are busy and not to be disturbed.

If you’re a plotter (a writer that plans a story before writing it) then you already know the benefits of having a roadmap to follow as you work. But even if you prefer to just jump in and see where the story takes you, there is an advantage to sometimes doing partial outlines of your current project. If you’re stuck, try creating an outline of what will immediately follow the current scene. By planning out the next few chapters or scenes, you’ll have a better idea of where you need to get to, and may get an idea of how to connect those dots.

Too often, we choose to measure ourselves against some other person’s yardstick. We hear that a successful author writes 2000 words a day, so we figure that that’s what we have to do. Or we become impatient with ourselves and set an unrealistic deadline that temporarily feels good but inevitably becomes a source of guilt and private shame as we realize that we’ll never achieve it. Instead of filling your mind with negativity, try setting smaller, more conservative goals. This will build your confidence as a generative artist, and give you a better idea of what sort of long-term goals are truly within your reach.

Do you have any other techniques that have helped you with writer’s block in the past? Feel free to share them in the comments below!